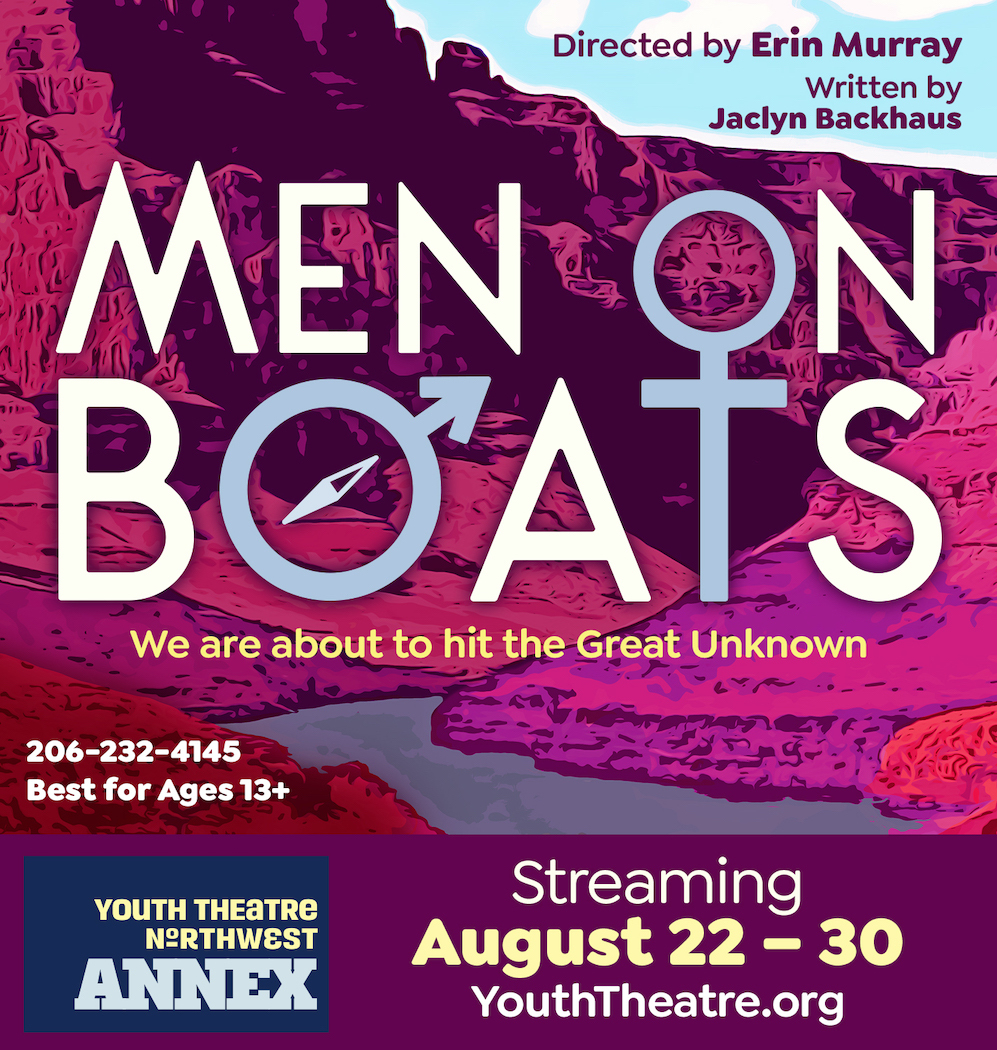 Ten explorers. Four boats. One Grand Canyon. Men on Boats is the true(ish) history of an 1869 expedition, when a one-armed captain and a crew of insane yet loyal volunteers set out to chart the course of the Colorado River.

In 1869, ten explorers set off to chart the Green and Colorado Rivers, under the guidance of John Wesley Powell, a one-armed Civil War Veteran and personal friend of President Grant. Follow them on their government-sanctioned journey through the dangerous rapids of Colorado, Utah, and New Mexico, and the most dangerous waterway of all, the Grand Canyon. They become friends, they fight, they suffer loss, and they name mountains after themselves.

In Men On Boats, Jacklyn Backhaus’ original adventure dramedy, the conquering men out to chronicle the land in service of America, God, and Manifest destiny, are given voice and movement by a cast very different from the white men whose story they tell. This YTN Annex production features female-identifying, trans-identifying, and non-binary actors, and actors of color. The bravery, foolishness, and humanity of the explorers is memorialized, while the historical moment of their journey is viewed with a critical lens.